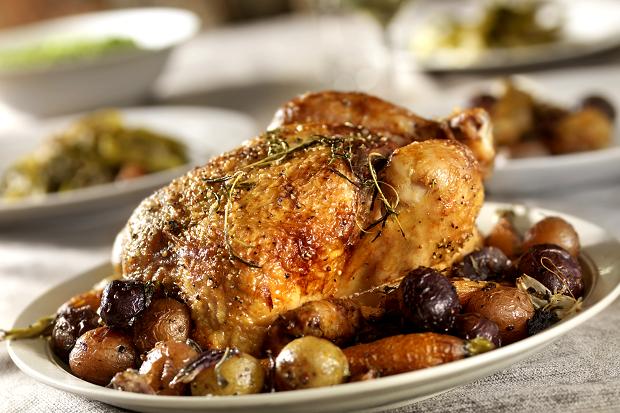 While the death of the Sunday lunch has long been foretold, research suggests that more than eight in ten of us still sit down for a traditional roast, but many people are pushing these get-togethers back until the evening.

Despite recent polls finding that Sunday lunch could soon be a thing of the past, with parents struggling to find time to prepare meals from scratch or to get the family around the table, this latest survey found that the vast majority of people still eat a Sunday meal together, but that lunch has become dinner.

Interviewers questioned 2,500 families about their weekly eating habits, finding that when it comes to Sunday, they saw a shift, with many families eschewing lunch in favour of a later gathering. Eighty-four per cent of people questioned said they still chose to cook a roast on a Sunday, but half now eat between 4.30 and 7.30pm, one in five of them between 6 and 7pm.

The survey, which the market research organisation Mintel said was a modern day census on the nation’s eating habits, found some 84 per cent of families say they find time to sit down together at least twice a week, just under half of them in the dining room. The average time to eat dinner, according to the poll, is 5.54pm in the evning, although in London, that is almost an hour later, at 6.46pm.

As for who is doing the cooking, the survey found it is still women who rule when it comes to the kitchen, with 86 per cent of women saying they do the cooking the majority of the time.

Susi Richards, the head of Food at Sainsbury’s, which commissioned the poll, said it was “reassuring” that despite the downturn, families are still recognising “the importance of eating together and the presence of routine as a way of coping with the pressures of the busy family week”.

“The shifting backwards of the Sunday lunch to early evening is a clear example of families ring-fencing meal time, but adapting tradition to suit the modern day demands of a hectic family schedule,” she said.

Jamie Oliver has campaigned for families to make sure they sit down to eat together at least once a week.

He said at the time: “My dream scenario would be for families to eat together every night, but there’s no point being unrealistic.”

He said he wanted to see people “make a little effort once a week to get together around a table and break bread with your family and friends”.