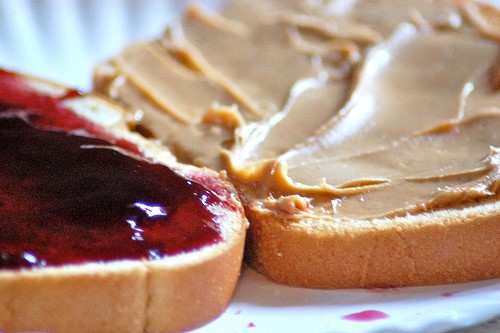 When you’re training to get fit and improve at a sport, you focus on your physical fitness, strength and stamina, as well as the skills relevant to the particular sport you play. But what about what you eat? Many people don’t always make the link between the food they consume and how that will affect their performance in sport, as well as work and life in general, for that matter.

Of course, that’s not the case with the world’s top sports professionals. Their diets are strictly controlled and honed to ensure that they consume the best fuel for their sport. Take Novak Djokovic as an example. In 2010 his team found out that he was allergic to gluten and so adjusted his diet accordingly, removing staples such as pizza, pasta and bread. Since the change in his diet, Djokovic has been a consistent figure at the top of world tennis. This year alone, he was a finalist in the four Grand Slams and won three of them. And if you look at the betting odds for the Australian Open in 2016, Djokovic is already at odds of around 11/10.

So, how do you raise your own game on the sports front when it comes to what you eat? A specific problem such as a gluten allergy is one thing, but if you’re allergy-free, what are the best fuel foods for amateur sportsmen and women?

Staying with tennis as an example, keep in mind that a match can sometimes take one to three hours, so you need to have eaten between an hour and three hours beforehand, so that you have plenty of fuel reserves. This will give you time to build up energy to sustain you through a match. It will also stop you getting indigestion and heartburn, despite there being medicines like Zantac to correct them, because it allows your food time to digest. Foods high in carbohydrate, with some moderate amounts of protein and that are low in fat are ideal for speedy digestion and absorption.

Ideal snack foods prior to a tennis match include simple things such as a banana or peanut butter and jelly sandwich. The carbohydrates will replenish your stocks of glycogen and in peanut butter you get both protein and healthy fat to provide you with energy. A fruit smoothie blended with low-fat yoghurt will not only give you an energy boost with carbs and protein, but will also hydrate you and be easy to digest.

Foods to avoid just before a match

Snacks and drinks to avoid before a match include any caffeinated drinks as caffeine can dehydrate you and have an adverse effect on your digestion. Similarly, don’t sit down to a big bowl of whole-wheat pasta thinking that you’re stocking up on energy reserves. The slow-release carbohydrates in this kind of meal can take four hours or more to translate into energy reserves, so it’s best kept for the night before the match rather than an hour or so before play begins. There are also certain ‘good-for-you’ foods that should be avoided just before a match. We all know that nuts, seeds and salad have health benefits, but you should avoid eating them just before you take part in a sporting activity. These are high in fibre and may cause discomfort if you exercise immediately after eating them.

This kind of meal is perfectly healthy, but you just have to make sure there’s plenty of time between a breakfast like this and your game or match.