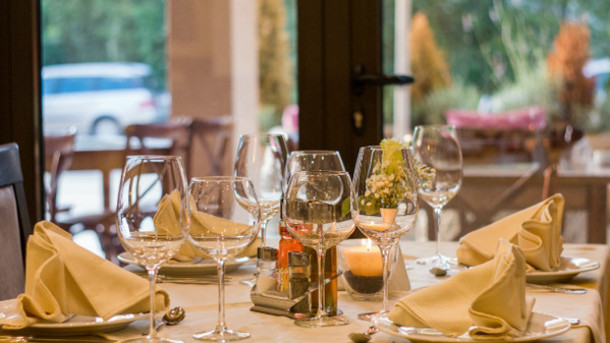 Since we love our food so much in the UK, it’s no wonder that we are so opinionated about what constitutes our favourite dishes, how they should be eaten and with whom. Dinner sets providers Oldrids & Downtown walks us through what our attitudes to dinner in particular are. There would naturally be a lot of different opinions on our favourite dishes in the UK and different surveys reveal different results. However we’ve aggregated the research to come up with a bigger-picture look at opinions.

However, when UK diners are given complete freedom in selecting their favourites, a survey commissioned by Welsh Lamb revealed that British food is still the top favourite, in the form of roast dinners and shepherd’s pie.

Italian dishes came in second place, including spaghetti Bolognese and pasta, followed by Indian cuisine and finally Chinese and Thai.

56% of Brits source more of their food locally while paying attention to the origin of their food, according to the report.

Ready meals also seem to take preference, with a full 60% of parents who answered the survey having a preference for ready meals as a quick and easy solution with the limited time they have available. Additionally, 20% of British families sit down to have dinner only once or twice weekly.

Family dinners are important because they save money in that cooking from scratch works out cheaper than eating our or eating ready-made meals. They also improve the chances of children eating more vegetables and the chances of the whole family eating more healthily. Family dinners are also important as a platform over which to catch up on what’s going on in each others’ lives.

The formal dinners of the 80s and 90s have since disappeared according to the Telegraph.

Traditional dinners of the past had more of a focus on all the dining guests eating the same meal, but now menus have become more flexible, catering to different dietary preferences and requirements.

Dining with friends is still popular among Brits, even though there’s been more of a move towards informal dining. Many young people, for example, now use takeaway services such as Woking Eats when inviting friends round for dinner. This way, everyone gets to choose exactly what they want off the app and the bill gets charged to each person, which is perfect for the host if they’re on a budget.

Food that you can prepare early on is best so that you can spend some good time with your guests and not be that host who has to disappear into the kitchen all the time. Serve up everything in serving dishes so that your guests can choose what they want to eat based on their preferences and dietary needs. Make a playlist to set the mood.