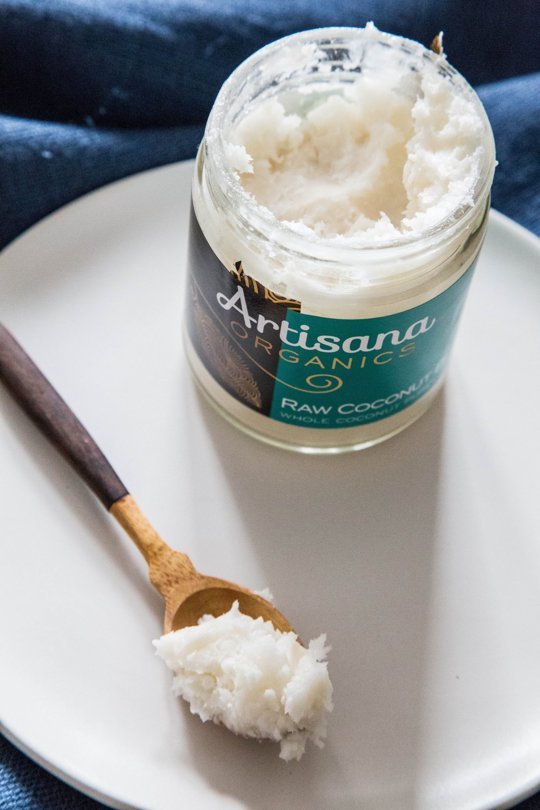 A few weeks ago my curiosity got the best of me. I took a detour from my carefully crafted grocery list and tossed a jar of coconut butter into the shopping cart. For quite a while now I’ve been hearing an increasing number of people singing the praises of coconut butter.

As a serious coconut fiend, I knew it was only a matter of time before this little luxury made its way into my kitchen. I’m partly surprised this hasn’t happened sooner, and partly think I’ve subconsciously been keeping the floodgates at bay.

Coconut Butter and Coconut Oil — Not the Same!

Think of it this way: Peanut butter and peanut oil are two very distinct products and used for different purposes. The same is true for coconut butter and coconut oil.

The flavor of coconut butter is intense, but in the best way possible. This spread is like coconut on coconut. If you have lukewarm feelings about coconut, this might not be for you. But if the thought of all things coconut makes your stomach smile, then it’s time to get your hands on some coconut butter.

The consistency varies depending on temperature. It ranges from super soft and creamy when it’s warm, to hard and almost waxy in cooler months, though, it’s easy to soften by heating up.

And, if you’re up for a small kitchen project, you can also make your own!

→ Make It Homemade! How To Make Coconut Butter

How To Make Coconut Butter

Some people love eating it straight out of the jar with a spoon; I’m not there quite yet. Coconut butter is surprisingly versatile and has a place, both sweet and savory, in meals and snacks throughout the day.

A lot of my favorite ways to eat coconut butter coincide with breakfast: spreading it on toast, mixing it into oatmeal and smoothies. And, it’s especially luxurious with pancakes and French toast. You can also add a spoonful to finish a batch of sautéed greens, mix it into mashed potatoes, drizzle it over roasted vegetables, or stir it into a curry or stir-fry.

Have you ever tried coconut butter? Do you make your own?