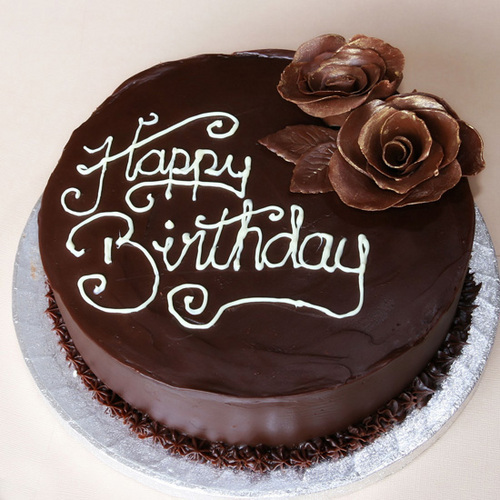 The birthday cake; a truly wonderful invention that often leaves us with contented smiles and full bellies. Even bad birthday cakes are generally better received than say…haggis or black pudding is for your birthday. If it is smothered in icing, if it is dry or moist with a filling or sprinkles and covered in candles, we’ll love it all the same. However, where did the tradition of the birthday cake, or the sweet dessert on your birthday, actually come from?

It is not entirely clear but there are a number of theories that it comes from a variety of different cultures and religions, eventually culminating into the sweet treat we know and love today. The birthday cake has been well known as an established western tradition from the middle of the 19th century, as well as the singing of birthday songs to the birthday boy/girl. Originally birthday cakes and celebrations were reserved only for the rich and privileged, however nowadays it is a far more commonplace experience. In fact you’d be hard pressed to find people who don’t eat cake on birthdays!

Pastry Culture
While birthday cakes as we know them have not always been used to celebrate an individual’s day of birth, across the globe a number of snacks have popped up that may have inspired todays modern birthday cake. In many countries a birthday ‘pastry’ replaces the concept of a birthday cake. In Holland, fruit tarts with whipped cream are served, whereas in Western Russia, children receive fruit pies with birthday greetings carved into the crusts of the pie.

Going down a more savoury route, Korean birthdays are celebrated with seaweed soup, whereas in china every guest is served an individual sou bao; a lotus paste filled bun shaped and coloured to look like a peach, instead of one big cake. In classical Roman culture, flat rounds of flour, nuts, yeast and sweet honey were made and served at weddings and birthdays in Ancient Greece.

Rituals and Traditions
We all know the normal traditions for the birthday cake, but sometimes it is nice to be reminded. Often the birthday cake is presented to the individual at an opportune moment in the day, accompanied with a round of ‘Happy Birthday to You’ in the UK, although other cultures have their own variations of the song. The cake can be any size, flavour, shape or colour or it can be themed to the theme of the party. The cake may have candles pressed into the top of the cake, sometimes corresponding to the age of the individual. 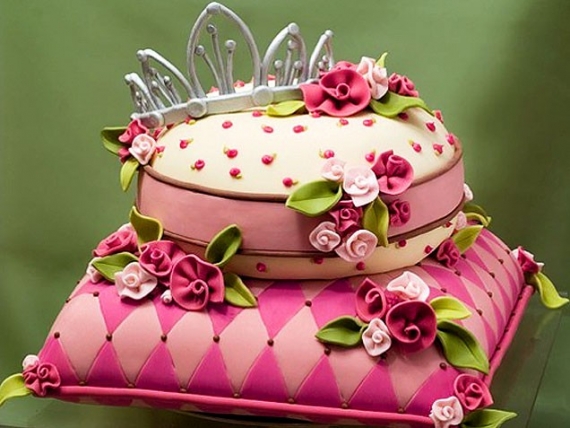 The birthday girl/boy will then make a private wish, after which they will blow out the candles, hoping to extinguish them in one breath. If they succeed, the wish is said to come true, but only if they keep the wish a secret. Then the cake is shared amongst the guests, either with the birthday individual cutting the cake themselves and handing it out, or them receiving the first piece before passing the rest round in order to symbolise togetherness and hospitality.

Explaining the Candles on the Cake
There are a couple of theories regarding candles on the cake, although they are not confirmed. It is thought that these traditions may have inspired the modern day tradition of putting candles on birthday cakes.
Greece – The Ancient Greeks brought cakes adorned with candles to the temple of Artemis on the sixth day of every lunar month in order to show their respects and request her blessings over fertility and other such matters.
Switzerland – One such reference around the 19th century alluded to the presence of birthday candles on a cake. The document spoke of superstitions regarding the cake, which stated that before the cake is eaten, the person whose birthday it is must blow out the candles one by one. The number of candles should also correspond with the person’s age.
Germany – In 18th Century Germany, it was thought that children were vulnerable to evil spirits who would want to steal their innocent souls, so in order to prevent this, they used candles to ‘ward off’ evil spirits and give them another prosperous year free from harm.

So there you have it, a brief history of the birthday cake. In short, it’s a bit of a mystery how the birthday cake has come about, but it seems to be one of those traditions that transcends generations, race and religion and is just a truly positive way of celebrating ones birthday. You’re not even restricted by the shape, colour and size of the cake as it really can be anything you want it to be. Delicious!

Article provided by Cakes by Robin, a professional cake designer based in London and supplying simply stunning cakes for celebrations and corporate events since 2009.