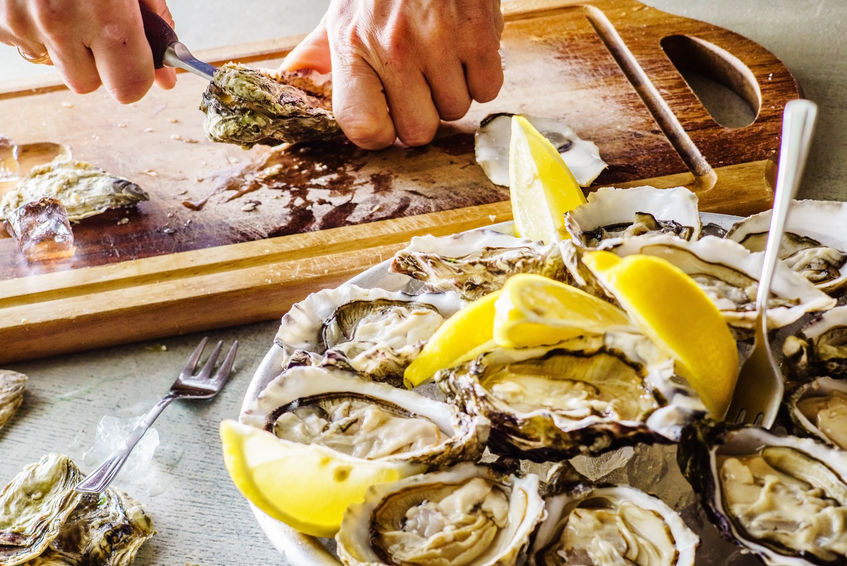 During a recent trip to San Francisco, I had the opportunity to indulge on some of the region’s culinary highlights, including some of the most delicious oysters I’ve ever tried. During a conversation with my server at Bistro Boudin in the Fisherman’s Wharf area, I learned a ton about oysters and the many varieties they come in. Tidbits from that conversation and my own research are included below!

There’s some debate in the culinary world whether the R rule still applies when it comes to eating raw oysters. For the uninitiated, the R rule means you should only consume raw oysters in months that end with R. Since this month is one of them, you’re safe either way. Before you enjoy this fine delicacy, learn more about where oysters originate from and the various types. These include:

Are Certain Times of Year Better Than Others to Eat Raw Oysters?

Although it’s usually safe to eat raw oysters any time of year, most oyster enthusiasts agree that they don’t taste as good in the summer months. However, people in the know also caution against eating them on the Gulf Coast during the summer months because the high temperatures can affect both taste and safety. Another factor that affects the taste is the temperature of the water where they grew. The common consensus is that cold water produces healthier and better-tasting raw oysters. It’s helpful to know the season that the species of oyster spawned because that determines prime eating time. If you enjoyed these for the first time, it’s high time you learned everything there is to know about oysters and how to prepare them. If you’re wondering where to find good guides on how to buy and shuck the oyster, look for e-commerce stores like Oysters XO or similar others.

How to Buy and Prepare Raw Oysters

Oysters can stay fresh up to two weeks depending on the coast where they were purchased, but should ideally be consumed the same day or the next day for maximum flavor. The best way to prepare oysters is to open them approximately one hour in advance and then broil them in a half shell. The person preparing the meal can also add flavored butter or other toppings at this time. Closed oysters can be cooked on a grill until they pop open. Cocktail sauce makes a nice accompaniment as well. Whether served at home or in a restaurant, any cold beverage goes well with raw oysters.